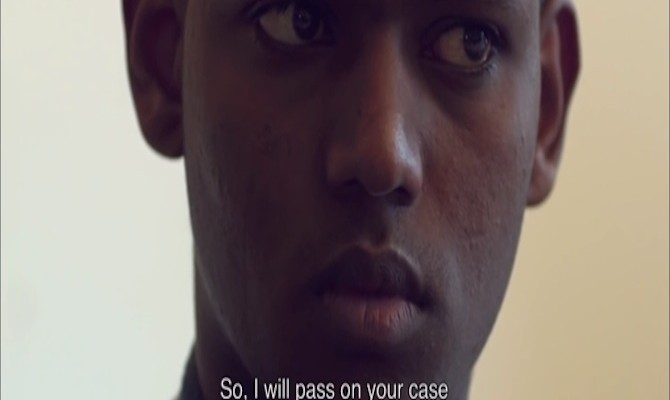 Daoud lives in a limbo that he is trying to break free from. He cannot go back to Somalia while simultaneously, he is expelled from one European country to another (seeking asylum). He is a 'Dublin-case'. Daoud is accused of lying about his age and has almost given up. The film depicts his time in Sweden. Dublin is an attempt to give an insight into the protagonist's time in Sweden. He has lost control of his life.