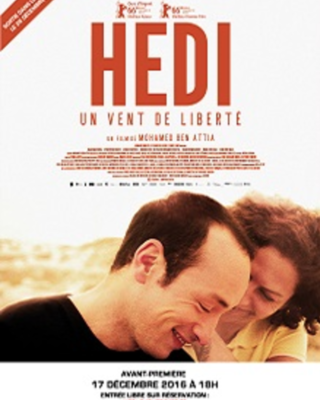 "On one level “Hedi” is a universal story, about a young man needing to choose between duty and passion...Tunisian young man Hedi lives an ordered life at home with his mother and at work with his boss...One day, Hedi meets a young woman named Rim and falls in love with her...His life is a rote cycle of uninspired work and obedience to his overbearing mother (who can be seen as a stand-in for the state)."