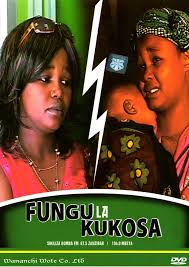 Rita a new mother moves to the city in order to look for Kabwe, the father of her child. When Rita is rejected by Kabwe she finds herself in the battle of whether or not to throw away her baby, but instead she doesn't give in and is taken in by a drunk by the name of Dimoso. After Rita is taken in by Dimoso she finds herself living a scandalous lifestyle with injury, affairs, and madness.

Other movies from Tanzania made in