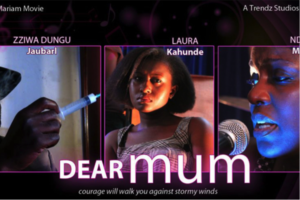 The main character Braina (Played by Lora Kahunde) loses her Mother to a manipulative local music producer. She tries to avenge her Mother's death only to find out that her older sister is not only sleeping with the producer, but is now pregnant by him as well. On top of all of the drama, Braina finds out her younger brother is HIV positive and must figure out  how to save her family.