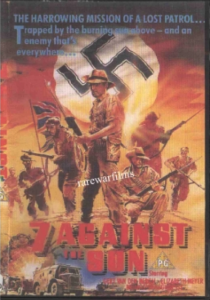 This film is about a war between the South African troops against the Italian Forces. The Italians want to push the Allied forces out of East and Central Africa. The South African Command realizes that there is no way for them to win. Thus, he strategizes and decides to send seven men to create a bluff. He led the Italians to believe they had plenty of strong African troops, leading him to victory.