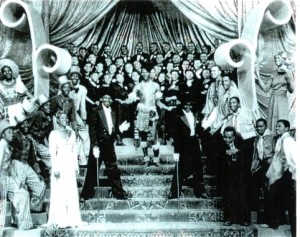 A young man leaves his village and travels to the city, where he hears jazz music for the first time and falls in love with it. He decides to return home and form a jazz band in order to return to the city and compete with the other bands.