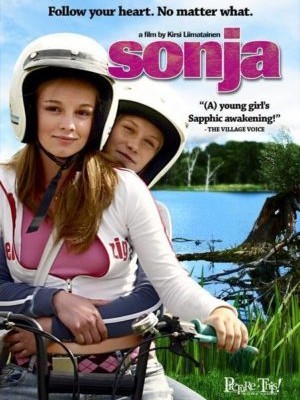 A teenage girl learns some valuable lessons about love and self-acceptance in this coming-of-age drama from filmmaker Kirsi Liimatainen. Sonja (Sabrina Kruschwitz) has just turned sixteen, and is going through a summer where nothing seems to feel right anymore. Sonja can't get along with her mother (Nadja Engel), their apartment feels uncomfortably small, a recent spurt of growth has left her physically awkward, and she's lost all interest in her boyfriend. The one person who seems to understand Sonja is her best friend Julia (Julia Kaufmann), but as Sonja spends more and more time with Julia, she begins to realize that her feelings for her have moved beyond friendship. Hoping to sort out her feelings, Sonja pays a visit to her estranged father, but an upsetting encounter with a neighborhood boy only confirms in her mind that her sexuality follows a different course. Sonja received its North American premiere at the 2006 Miami International Film Festival.