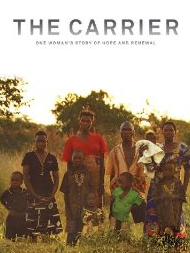 Mutinta, who is 28, is the narrator of the film and explains the hopes and dreams she had when she was growing up. Her aspirations seem reflect similar desires compared to those of young women all over the world. She wanted the opportunity to fall in love with a man, get married, and have children. Her dream becomes contorted when the man she falls in love with has two other wives besides for Mutinta. Polygamy is still considered legal in her home town in Zambia. AIDS is also spreading rapidly through the village and the disease is unknown to most of the people living there. The film is depicts aspects of both family and community while displaying the tragic epidemic of AIDS. Mutinta shorty after becomes pregnant and is desperate to find a way to protect her child from the epidemic.

Found in reviews section of "The Carrier Film"