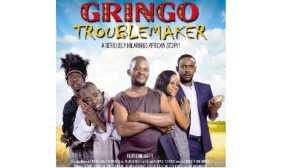 Gringo the Troublemaker is about an ambitious young man, John, who while trying to please his demanding girlfriend, engages a traditional healer to help him get rich quickly. In an unfortunate turn of events, he accidentally crosses paths with Gringo, whose mischief and trickery disrupts all that he had planned.