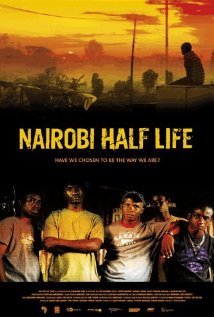 The film Nairobi Half Life, the first Kenyan entry for the Best Foreign Language Oscar, follows a young man named Mwas who embarks on a journey to Nairobi to pursue his dream of an acting career. He experiences many obstacles in his new life, including how to juggle the life he found in Nairobi with his newfound glamour as an actor.