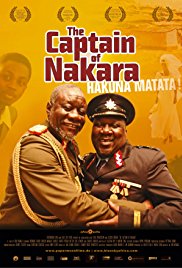 The story is set in legendary Kwetu, a fictional country based on a typical 1970s African military dictatorship. Here, the corrupt leadership revolves around the President, and equally corrupt civil servants terrorize the country’s citizens.

Meanwhile, two small-time crooks, Muntu and Sunday, portrayed Bernard Safir and Charles Kiarie, respectively, have recently been released from prison on a Presidential Pardon, as part of celebrations of the President’s birthday. While celebrating the release on the same day, Muntu meets, and subsequently falls in love with, a Preacher’s daughter, Muna, played by Shirleen Wangari. Of course, Muntu doesn’t bring up his crooked and illegal history, and instead lies, telling Muna he is a big time businessman who owns and operates a profitable market stall.

In order to keep up appearances, Muntu attempts to turn this lie into a reality. Unfortunately, his attempts at building an honest business fails due to total and inescapable corruption of Government and Military officials and institutions.

Angry at the state of things, Muntu retaliates by stealing a millitary uniform, and disguising himself as the arrogant, alcoholic, military man, the “Captain of Nakara”. Our story turns here as the Captain begins to drive sense into corrupt Military and Government officials.

As Muntu becomes more well known for his strong ethical messages, and defense of his rights and his happiness, his celebrity figure grows as he wins widespread admiration of the Kwetu people. Eventually, becoming elected as Kwetu’s president, and finally marrying his love, Muna.

Academic Article on the film: