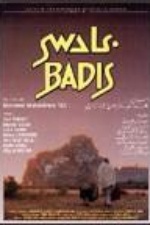 This film features two women Moira and Touria who both experience oppression from the male figures in their lives. Moira is oppressed by her father Ba Abdellah who is a fisherman. Touria is the wife of a teacher who also regulates her movements and accuses her of being unfaithful even though she constantly denies it. Both these women develop a bond and when they choose to go against the grain their decision ends up being a fatal one.