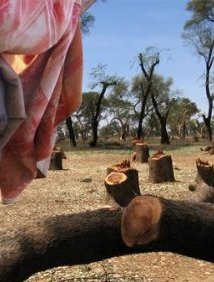 The plot of this film focuses on the effects of the Darfur conflict, which began in 2003. The story is one of the people of Darfur, and told by the people themselves. Major plot events include the destruction of the Kondowa forest, refugees’ stories from the Otash Camp, and stories directly from tribal leaders in the area. Despite the tragic war zone, those living in Darfur show their incredible will to survive throughout the film.