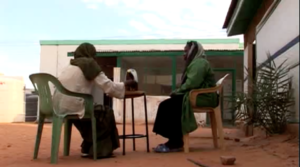 In strict Muslim society, the birth of a child out of wedlock brings shame and dishonour upon a family. Mother Unknown is the brilliantly crafted, moving and gripping story of three unwed couples who struggle to keep their babies and face their families and society at large against all the odds. It is a continuation of her previous film project Orphans of Mygoma because she returns to the same village to further highlight gender issues in regards to maternity, marriage, and children. Unlike in her other film, this focuses on the role of parents who do not want to give their children up focusing on the lives if the parents instead of the children.