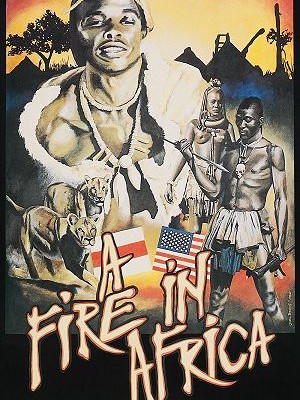 This 1989 film released by Nickolodean Television, directed by Gerhard Uys and staring Eddie Dorie as Eddie Dorey is a documentary and a slight drama about a South African tribe that is not well known, called The Himba.