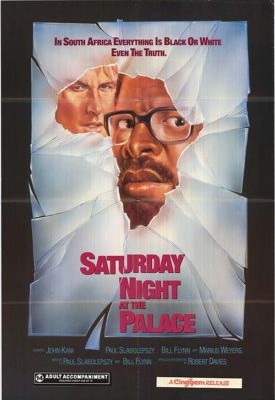 Developed for film from a play based on a true story, Saturday Night at the Palace takes place at a South African fast-food restaurant. The main conflict is between a white antagonist, Vince, and a black waiter named September. September was just about to close the restaurant to visit his family who he hasn’t seen in two years due to apartheid, then Vince shows up. Vince has just been kicked off his soccer team and out of his house. He takes out his anger on September.