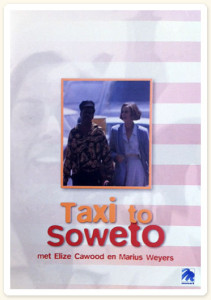 The film is a comedy about a woman whose car breaks down on the Johannesburg freeway and is rescued by a taxi driver but then a thug while stuck in the middle of Sowetan’s nightlife, hijacks the mini-bus. Although it produces many laughs, the film brings forth a serious message on the South Africa transition to democracy.