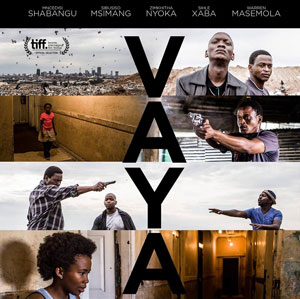 Three strangers head to Johannesburg for different reasons. One man accepts a job offer from his cousin. Another young man must go to the city to claim his father's body. And the third stranger is a woman who takes her young cousin to live with her mother for the first time. Each of their tales end up taking a wrong turn as those they turn to betray them and their lives end up intersecting each other's in this thriller about surviving in the city.