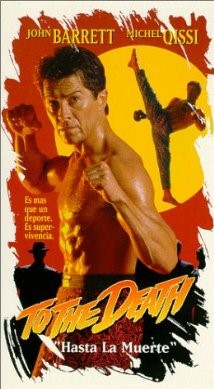 To the Death is 90 minutes of action, following kickboxing champ Rick Quinn who decides to retire from the ring. However, his main adversary, Denard, wants him to fight again and murders Quinn's wife. Quinn suspects Denard, but can't do anything. Three month later, Quinn is jailed after a drunken bar brawl. A rich man named Le Braque bails him out and asks him to fight for him. Quinn then sets out on a mission to avenge his wife’s death.