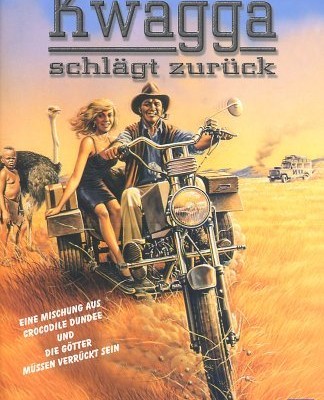 The story takes place in a fictional South African country where a man cons people into believing that he kills lions. Then the UN sends a group of people there to make sure that the elections go according to plan. This upsets the main character. Then the people sent by the UN steal cattle and sell it to get this diamond. The main character falls in love with this women, then she is kidnapped by guerilla fighters. The main character goes to save her. After saving her he ruins a big inspection of the UN soldiers while these other people are trying to steal the diamond that the cattle was sold for. At the end of the movie the main character sets off a cannon and accidently kills the people who stole the diamond.